How to break into Africa: Hallmarks of success highlighted by the BCG 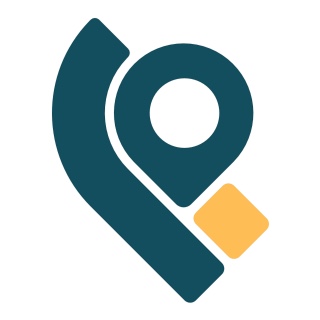 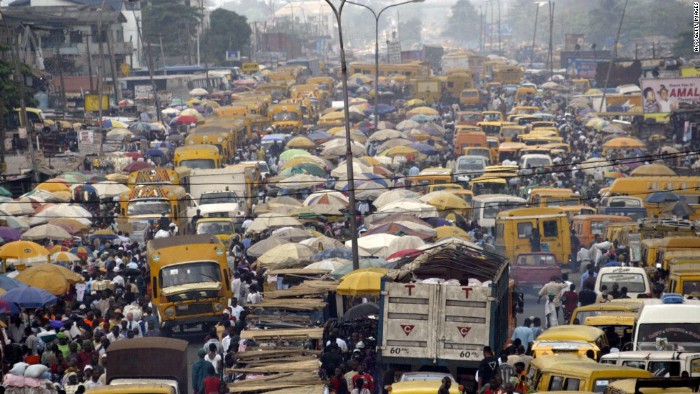 In recent years, Africa has become the beckoning land of opportunity with scores of international companies trying to break into the market. As it’s economy matures, it becomes enticing for its growing consumer market. After East Asia, in 2017, Africa was home to the fastest-growing economies in the world. Notwithstanding — although countries like Ghana, Nigeria, Ivory Coast, Ethiopia and Kenya are averaging GDP growths of between 6 and 10% annually — many MNC have found themselves unable to successfully tap into these markets. Even local African companies, such as MTN, Telekom or SABMiller, have faced difficulties expanding into new regional markets.

Beyond the fact that Africa is geographically and logistically fragmented (see Exhibits 1 & 3), and that the presence of 16 different trading zones poses significant barriers to business and market entry (see Exhibit 2), there are many other reasons which help explain who is (and isn’t) succeeding at breaking their way into these markets. 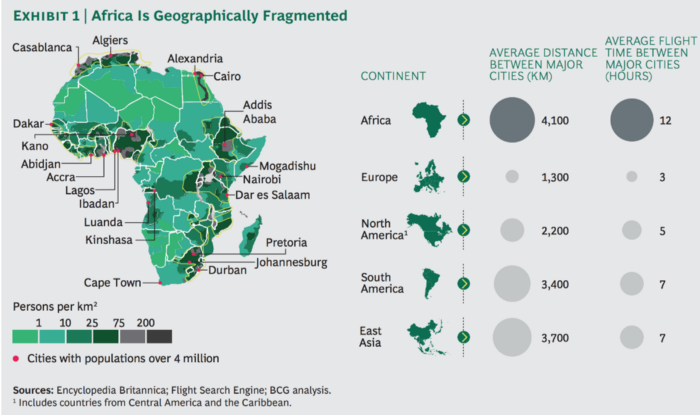 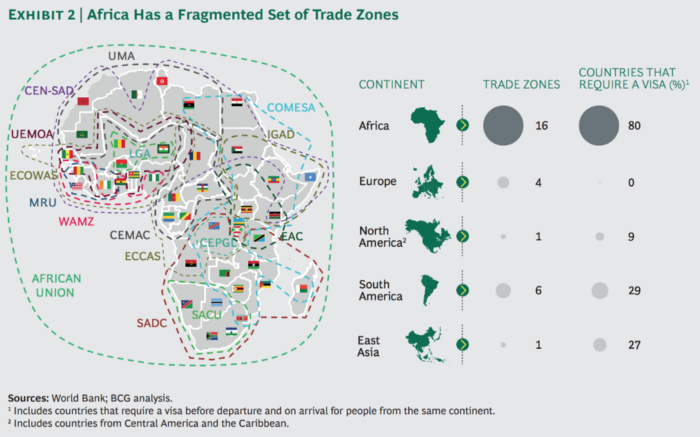 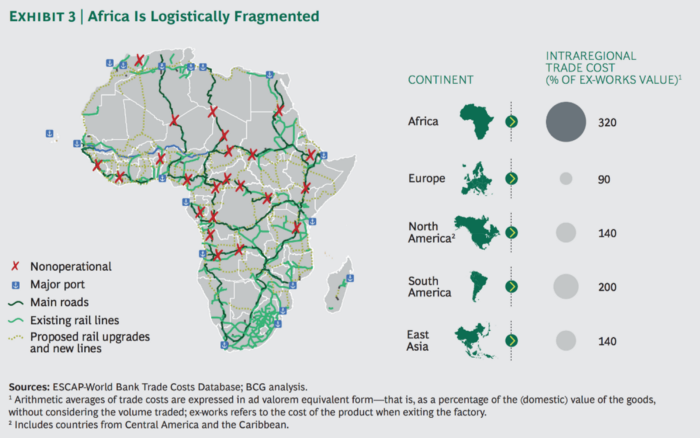 According to a recent report published by The Boston Consulting Group “Pioneering One Africa — The companies blazing a trail across the continent”, there are six key features that are common to companies thriving in Africa.

A multi-country footprint has enabled companies such as CFAO Group to mitigate the risk of volatility and instability in some African countries. Additionally, they have been able to capitalise and to better understand the diverse cultural dynamics and customer needs underlying disparate consumption patterns, trade channels, and business environments across the continent.

Despite often being perceived as a high risk strategy, green-field investment (a type of foreign direct investment where a parent company builds its operations in a foreign country from the ground up) have been effective catalysts for companies looking to expand in the continent. For instance, in 2013, Samsung built a $280 million computer and air conditioner assembly plant in Egypt in 2013. Similarly, in 2014, they invested $20 million in a television assembly plant in South Africa. All throughout East Africa Samsung has also been making recurrent investments in customer care and training facilities. These efforts have lifted Samsung to become the top-selling consumer electronics company in Africa. By 2023, Samsung plans to double its share of revenues from Africa to 20% of the company’s total sales.

On the same note, in 2013, property services provider Broll entered Kenya’s lucrative real estate sector from scratch. Similarly, franchise model food restaurants such as Kentucky Fried Chicken (KFC), Mr. Price, Steers, and Debonairs’ Pizza have embarked on expansion programme that have seen them stamp their presence in almost all malls, new and old, within and around Nairobi.

In other cases, where intimate knowledge of local players and preferences is key to the company’s success, companies have snapped up already established entities thus acquiring managers with local knowledge, and avoiding some of the groping in the dark that would come with a clean start-up.

Danone, a French MNC, has used M&A to accelerate its growth in East Africa, with a two-step acquisition of Brookside, the region’s largest dairy player. Danone bought 40% of its target in 2014 and purchased the rest in 2017. It has also invested in Fan Milk in West Africa. Similarly, in 2013, Distell Group bought 26% of Kenya Wines and Alcohol Limited (KWAL). Whilst Tiger Brands — a South African packaged goods company — bought Rafiki Mills and Magic Oven Bakeries for $25 million.

In particular, between 2006–2007 and 2015–2016, it has been encouraging to see an increase in African integration through internal foreign direct investment and M&A deals (see Exhibit 4). Between these two periods of time, the average annual amount of African foreign direct investment — ­money that African companies invested in African countries — nearly tripled, from $3.7 billion to $10 billion. Similarly, the average number of yearly intra­regional M&A deals jumped from 238 to 418, with African-led transactions representing more than half of all African deals in 2015.

Fortunately, the companies behind these investments have been able to reap the benefits. For instance, at the arrival of democracy in 1994, South Africa was only making $11 million from Nigeria. Within a decade, that had gone up to $11 billion annually.

In 2013 Woolworths pulled out of the Nigerian market, merely one year after it had arrived. Woolworths floundered there because it failed to read its would-be customers accurately. As wealthy Nigerians are famously brand savvy, they were not attracted towards Woolworths who they associated to the UK brand more than the South African one. The former being a low-cost, widely available brand and the later catering towards a well off, high-end market.

The take home message is that wealthy Nigerians do not mind paying more for brands, service, and luggage. The brands that have understood this and shaped their message within the country around it have met monumental success.

An example of successful brand creation is Indofood’s Indomie brand. The humble instant noodle is a giant in Nigeria where it controls 74 percent of the market. So how did Indomie take over dinner tables in Nigeria? After partnering with the Nigerian food company Dufil Prima Foods, Indofood embarked on a locally focused marketing strategy arguing that noodles are a healthier option to rice and bread.

Necessity, they say, is the mother of invention, and companies in Africa — both local firms and MNCs — must innovate if they are to address the widely varying needs of African customers and the structural difficulties of doing business (such as lack of infrastructure and a predominance of highly active informal economies).

On the distribution side, companies like Optimetriks have been helping FMCGs and durable good companies reach the bottom of the pyramid market. The implementation of our technology by their field staff has brought enhanced transparency, efficiency and bottom line impact of the resources mobilised for the field operations that managing distribution in the traditional trade requires.

Africa’s multitude of marketplaces can pose myriad challenges related to the informal economy, multiple local stakeholders, and restrictive regulations, among other things. As we described in our previous blog post, these factors are more than most companies can manage on their own. Both African pioneers and experienced MNCs have learned that in many cases it takes an ecosystem to build a business and that investing in a good ecosystem can be a source of competitive advantage.